Can you think of a person, a time or a place that has never changed? I can’t. But examples of change seem boundless.

Change is built into our world from the moment of conception. The first change, for example, is the uniting of sperm and egg. Then the embryo experiences many changes during the next nine months. Pregnant mothers become aware of change as the little one starts to make his or her presence felt in the womb.

The baby’s environment changes at birth, from water to air. People’s feelings change from apprehensive to joyful when the baby gives its first cry.

Change happens in other parts of our world, too. Plants, for example, are changed through cross-pollination. Animals are changed by cross-breeding. The variety of plants and animals seems endless. 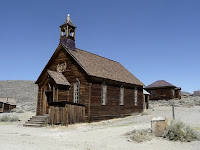 And what about ghost towns? Talk about change! If you visit a place like Bodie, California it’s hard to imagine it once filled with thousands of people and a rich mining operation. The same thing goes for Tonopah, Nevada.

You can’t miss the changes in that former mining town as you drive through on Highway Ninety-five. Leave the main highway, like we did, and drive down graveled side streets. You’ll see abandoned buildings all around. Weeds and boarded up or broken windows attest to a life now gone.

I’ve experienced a lot of changes in my life with the moves I’ve made, but I’ve never rushed into it. Once I’m sure it’s the right thing to do I start packing. But I admit that on moving day I’m scarce. I don’t enjoy seeing the boxes packed into a big truck. I like following it down the highway even less.

But with a move change is inevitable. Once we arrive at our new destination, I change my attitude. There’s no going back, only forward. I unpack the boxes one at a time and the space changes and starts to become my own. I’m at peace again.

A major change happened in my life this week. My best friend since college days passed away after struggling with physical changes and challenges this past year. We had shared experiences, telephone calls and prayer times together for over fifty years.

Her foster son called one morning and gave me a chance to say goodbye. Along with telling her how much I loved her I said I’d meet her in heaven one day. Why did I say that?

Because I believe in another awesome change. The Apostle Paul taught that earthly perishable bodies will be resurrected imperishable, to enjoy eternal life (1 Corinthians 15:39-44; 15:50-55). Because of Christ’s resurrection we have this hope in Him (1 Corinthians 15:20-26).

I get the jokes about playing harps while floating around on heavenly clouds. But I believe God, the Great Creator, has wonderful creative plans for life after this life.

Posted by Darlis J. Sailors at 3:00 AM No comments:

Who Do You Blame?

WHO DO YOU BLAME? 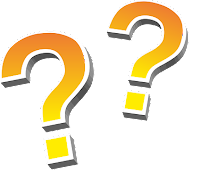 Holding someone else accountable for the bad things that happen to us seems to come naturally. It’s a trait as old as the story of Adam and Eve.

The first three chapters of Genesis show that living in beautiful surroundings did not make them perfect.  Caught in personal acts of disobedience to God’s directives, they placed blame outside themselves.

Eve blamed the Serpent and Adam blamed Eve. But another early example of this trait appears in the story of Joseph. 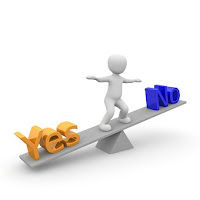 Sold into slavery by his brothers, Joseph was a trustworthy servant in the house of Potiphar. This man’s wife lusted after Joseph and tried repeatedly to seduce him. Joseph resisted her advances because he believed sleeping with his master’s wife would be a sin against God (Genesis 39:9).

One day she grabbed his cloak with her entreaty. Joseph pulled out of the cloak and left the house. As she was standing there holding his garment, Potiphar’s wife angrily decided to cast blame on Joseph (Genesis 39:13-20).

People in all walks of life play the blame game. We see it in popular magazines, television and other media. No one, rich or poor, rushes to say, “I came up with that plan. I made the decision. I deserve the consequences.”

People seem to follow in Adam and Eve’s footsteps. They make wrong decisions, judgments or plans, then blame others when things go wrong.

One of the others to get blamed is God. The New International Version explains it this way: A person’s own folly leads to their ruin, yet their heart rages against the Lord (Proverbs 19:3). Blaming God is nothing new.

In my years of pastoral ministry, I talked with many people who were frustrated by troubles in their lives. Very few came ready to admit their problems were a result of personal decisions. Remember, we are not talking legitimate victimization here. That is another matter entirely. We are talking “personal decisions.”

Have you ever noticed how when a person is wrong and won’t admit it they get angry? It’s a way to avoid facing the issue, a cover up or part of the blame game.

Avoid Being a Game Player

People tend to think humility shows weakness, but the truth is that pride brings a man low (Proverbs 29:23). James said, “Come near to God and He will come near to you.” He also said, “Humble yourselves before the Lord and he will lift you up” (James 4:8, 10). 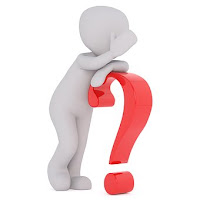 Consider James’ advice and avoid the blame game. It takes courage to say, “I was wrong,” but it’s a personal step that can only be taken by you.
Posted by Darlis J. Sailors at 3:00 AM No comments:

If I took a survey of what these three things have in common, I would get different answers.

For example, those into English grammar might say, "Alliteration, or repetition of initial sounds.” I’d have to say, “Correct.”

A Social Science major might see them as positive connections in building relationships. I agree, but I’d like to go a little further. I see hugs, high fives and hellos as living in the moment. When people are fully engaged they can happen anywhere.

I did not grow up in a family of huggers. In fact, I didn’t really learn to loosen up until we were part of a church with some young California surfers. I could feel their genuine love and it set me free. When we moved away, I kept their example and went right on hugging.

Younger people enjoy giving high fives. It’s fun to watch smiles as they connect that way, but I’ve also seen another connection. I call them knuckle bumps. Some might call them fist bumps, but whatever you call them, the result is the same---a positive person-to-person connection.

People have used handshakes for centuries to indicate various forms of relationships. There was a time when “to shake on it” meant the deal was sealed.

An example of that is in Galatians 2:9. Paul and Barnabas met with leaders of the New Testament church. As James, Peter and John recognized God’s calling upon Paul and Barnabas to minister to the Gentiles, they gave them the right hand of fellowship and sent them on their way.

It is courteous to shake hands when you greet someone; however, hellos can be accomplished with different body gestures.

In the old west, a man touching the brim of his hat signaled acknowledgement and greeting. Another connection was a nod of the head in passing.

Looking someone in the eye and smiling is another positive way to say hello. But it’s not the how of the greeting as much as the why that matters. Hugs, high fives and hellos at their most basic level are simply positive connections with others.

The opposite of being connected is to be disconnected. Some people prefer to be loners. They keep their head down or refuse to make eye contact. They remind me of an old saying, “When I’m sour, friends are few. When I’m friendly, folks are, too.” But we need to be sensitive to those people and not overpower them with our good intentions. 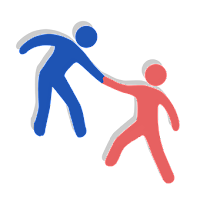 Hugs, high fives and hellos are all positive choices for building up relationships. Each is a way to fully engage with people around you. Just remember, choose to do what is comfortable for them, not just you.

Posted by Darlis J. Sailors at 3:00 AM No comments:

A Book for Life

A BOOK for LIFE

I’m a writer but I’ve been trying to read more. That means magazines, books and on-line articles. Inspiration and ideas are never in short supply. 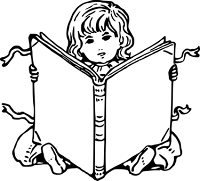 Reading has always been a favorite pastime. As a young child I would “read” the pictures in Dad’s set of encyclopedias. Mom read aloud from Mother Goose Rhymes, Little Golden Books and my Bible story book that did not have pictures. I kept that book for years because I learned to read it for myself.

Being literate about Bible characters and stories has helped me culturally. Societal references to Noah, Job, Peter or Paul don’t leave me feeling like an outsider. I know their stories personally. 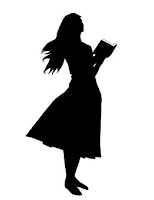 The Bible, to this day, is the only book I have not outgrown.

As I got older the stories carried deeper meanings. Biblical settings could be located on a map. The proverbs made more sense. Jesus’ oft-quoted sayings became more challenging.

Though I have read the Bible for several decades, I do not yet understand it all. I enjoy learning new things from each reading. In it I find answers I seek. The Bible is my book for life. Why?

It is a spiritual book unhindered by the passing of time.

Words of Life and Power

It is God’s Word, living and active, powerful and penetrating, judging even the thoughts and attitudes of our hearts (Hebrews 4:12). It was not written by the will of men. Scriptures were written as men were moved and inspired by the Holy Spirit on what to write (2 Peter 1:20-21).

I recently read of a survey by the American Bible Society. It reported that 87% of American households own a Bible. That sounds great---so what’s the problem?

Only 30% of those surveyed said they had read more than a few passages or stories from them. 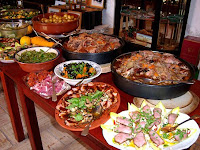 Picture the Bible as a banquet room full of the best food choices on earth. You are invited to enter and freely partake. It’s impossible to consume all items at once, so you select a few and sit down to enjoy them.

The banquet host is in no hurry to clear things away. You freely go back for more. Now and then you have a question about one of the dishes.

Servers appreciate questions. It means you are fully engaged in your experience.

Two basic questions impact the Bible as a book for life:

The Bible is a spiritual, life-giving banquet waiting for you. Pick an item of interest and get started.

Don’t worry about understanding everything.

Just ask God to help you and He will. After all, He has a vested interest. It’s His Word.
Posted by Darlis J. Sailors at 3:00 AM No comments: