One Positive Way to Life Improvement


ONE POSITIVE WAY to LIFE IMPROVEMENT

Very few people are so self-satisfied that they see no need for improvement. Most of us are aware we fall short of perfection on a daily basis.

I have always enjoyed reading autobiographies. I figure who can better tell a person’s story than the person himself? I’m currently reading Sidney Poitier’s The Measure of a Man. In just a few sentences he makes a case for life improvement through forgiveness.

“In this life of mine I can’t recall any situation in which forgiveness hasn’t ultimately been the settlement. However, getting to forgiveness hasn’t necessarily been a rapid transition. Still, I level out with most such relationships at least cleansed of the rancor, if not intact. And I live better with the situation even if a relationship is altered irreparably in some ways.”

His comment coincided with something Fulton Oursler said in his little book of Modern Parables. The Bible says “blessed are the peacemakers,” but how can peace be made in the world? Oursler offered a couple of suggestions: 1) Don’t hold grudges, and 2) Do more than you are required to do.

Though decades apart in their writing, each man referred to rancor. Oursler said, “It is literally true that anger, jealousy, envy---all rancors burn out cells and tissues, use up adrenaline, and, in riotous feeling, spend away our health.”


Give Yourself First Aid

When it comes to healing relationships, forgiveness is basic first aid. Like a healing salve, it offers different remedies. Here are three suggested treatments:

1.  Give up your resentful desire to punish the one who offended
or mistreated you.

2.  Choose to overlook the offense, offer them pardon, then let it go.

3.  Release them from your expectations, remain open-hearted,
let bygones be bygones.

I think there’s truth in Mr. Poitier’s comment that even if he forgives, the relationship may be “irreparably altered.” That’s why I think scripture is realistic when it says, “If it is possible, as far as it depends on you, live at peace with everyone” (Romans 12:18). No matter how the other person responds, you can relax. You have done your part toward restoration.

I have yet to meet a person who has never been offended. Life, even at its best, has rough edges that cause wounds. Just remember, forgiveness is one positive way to life improvement.

Resilience is a word you don’t hear too often but it’s a valuable character trait.

When life is flowing easily, who needs resilience? It’s when life gets hard or seems to come to a standstill that it becomes an asset.

When I think of resilience I think of palm trees bending with the wind. I think of water flowing around the boulder in a stream. I think of perseverance. I think of options. If I can’t go right, what happens if I go left?

A Note of Encouragement

My brother sent some notes from a recent conference. His comments caused me to consider the connection between resilience and success.

He said, “You will either have resiliency or depression, discouragement and stagnation.” As a caregiver I had already decided I wanted to avoid that negative trilogy.

His next comment surprised me. “Your note indicates to me that you are following the prescription for success in life, being resilient. Keep it up.” That was encouraging! I went back to my email to see what he meant?

The first thing I read was about our driving adjustment. People who know me well know I’ve always identified with Driving Miss Daisy. For over fifty years my husband enjoyed driving and I enjoyed the ride. Now I drive and he rides. Our agreement that he won’t tell me HOW to drive is kept ninety-nine percent of the time.

I also shared how we were planning to pay off bills without the extra income option. Then I had written “Hey . . . God is good! Life is rolling along and I’m trying to give myself LOTS of freedom since I’m on tap all the time. I so enjoy reading since I can pick it up and lay it down. Writing is too consuming in many ways, so I’m happy just to keep up my weekly inspirational story.”

Years ago, my husband and I took seriously a comment made by a dear friend: “Blessed are the flexible for they shall not be broken.” That simple reminder was something I was still trying to put into practice.

Tears for How Long? 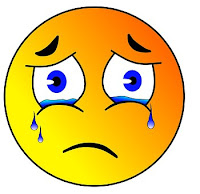 A recent devotional was based on Psalm 84:5-7. It mentions people on a pilgrimage passing through the Valley of Baca. The Amplified Bible explains it as the valley of weeping. As a caregiver I admit I have shed tears of disappointment and frustration. But early on I made up my mind I did not want to remain in the valley.

These few verses reminded me that our journey from earth to heaven is a pilgrimage, filled with challenges and unknowns. Yet we can move forward from strength to strength in faith that comes from God.

Faith lifts me up, out, over, around, or past challenges that threaten to be insurmountable, unstoppable, or unsolvable.

When tears come I’ll let them flow, but the valley of tears is not where I want to remain. My choice is to pursue resilience, a key to success.

The Importance of Small Things


THE IMPORTANCE of SMALL THINGS 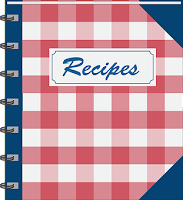 Today I was going to try a new brownie recipe. While trying to total up the carbs I ran into a challenge. The nutrition label said one tablespoon of cocoa powder was three grams of carbs. The problem was that the recipe called for three-quarter cups of cocoa.

I found a conversion chart that said one-third cup is equal to five and one-eighth tablespoons. Armed with this knowledge, I moved forward with baking plans.

But this incident got me to thinking about the importance of small things. They can really add up to make a difference.

Being raised with a German grandmother convinced me that bread is a staple of life. But I understood what Jesus meant when He said, “Man shall not live on bread alone, but on every word that comes from the mouth of God” (Matthew 4:4).

It's rather embarrassing to admit this, but small devotional booklets were always something I avoided. Studying with a Bible workbook or searching out meaning in chapters or verses on my own was more my style.

For years I was able to spend time on scripture as a large loaf of bread. But I'm in a new season now. As a full-time caregiver, time is not so free-flowing.

Bread by the Slice

Our church makes available a small devotional called Our Daily Bread. It’s a Christian publication that’s been around for years but I had never used it.

One Sunday I decided to take one home. The next morning my husband and I began to share the devotional readings together.

The stories and scriptures for the day were always encouraging, but one day I had a personal insight.

I realized I was always looking for my spiritual bread as a loaf. I had no appreciation for the nutrition I could receive in small slices.

In my world of discretionary time, I had not realized how small scripture-based devotionals could bless people pressed for time.

The Importance of Daily Bread

Another reminder of bread came to mind today. You can read all about it in Exodus 16:11-31.

During what is known as The Exodus, God provided bread. The people called it “manna.” It is described as white coriander-like seed that tasted like honey wafers. When the sun grew hot it melted away, so it was important to gather their daily bread each morning.

I was recently given a small devotional called The Upper Room. It's another option for starting the day with scripture and inspirational thoughts.

Since being reminded of the importance of small things, I’ve changed my point of view (POV).

I’ll still take the loaf when I can get it, but bread by the slice can be very nutritional.

What's In Your Hand?


WHAT’S IN YOUR HAND?

I’ve been cleaning house. That means going through every closet, cupboard and file drawer. Lots of things had been forgotten for so long they were no longer needed or important to me. Just like the organizer shows on TV, I had three choices: donate, trash, keep.

I found some ephemera. Those are things considered short-lived or transitory, like paper goods. In this case, it was a newspaper article* dated March 03, 2013, about a guy named Lowell.

As I was sitting at my desk in March of 2018 re-reading the article, I enjoyed some happy memories. Perhaps that’s why I had saved it in the first place.
As a retiree, Lowell and his wife enjoyed coming to the great southwest and attending our church every winter. What he brought with him was a heart for God, a love for people and hands skilled to work with saws, tools and wood.

The article said that in three winters Lowell had created and given away over two thousand crosses. He simply started sharing his crosses with men in the church and word got around. Soon requests for crosses were coming his way.

When asked why he made crosses, Lowell said he wanted to touch people’s hearts and remind them of the love Jesus Christ has for them. Creativity showed as their height varied from four inches to four feet.

Do It Now
The article reminded me of the wisdom in Ecclesiastes 9:10 which says, “Whatever your hand finds to do, do it with all your might.” You see, Lowell passed away about two years later, but the work of his hands remained. In fact, one of his crosses is hanging in our living room.

But my memories of Lowell are not only his crosses. He shared his fishing skills. Every summer he would go to Alaska and come back with frozen fish. People in the church always looked forward to being invited to one of Lowell’s fish fry’s, us included.

This world is a better place when people share what’s in their hand. I’ll give you a few examples of what I’ve seen: 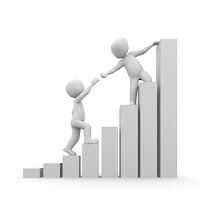 At the moment, what’s in my hand is Lowell’s article. But I’m motivated to use my hands as a writer, too. That’s why I work hard to share one inspirational story each weekend.

What’s in your hand?

Posted by Darlis J. Sailors at 3:30 AM No comments: