It was after midnight when I heard angry voices in the street outside my bedroom window. My husband had taken a part-time job with a custodial service, and it was my first time to be home alone until early morning.

We were living in a church parsonage in Phoenix, Arizona. There was a driveway between the house and the church that led to a parking lot in back. This made the house feel more public than private to me.

I got up carefully and pulled the curtains back to peek out the window. The shouting continued, then the car door opened and a woman was pushed out. As the car sped off, she gained her balance. Then she started walking in the same direction as the car.

What's Happening Out There? 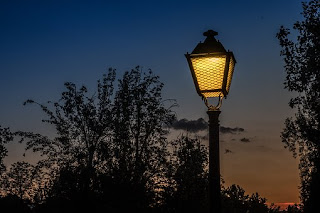 I found this unsettling as an observer. In our family, you might argue but never shout, and physical abuse was not in any way an issue. Having never had children I was used to being alone at night when my husband was busy with ministry. But having him gone on an all-night job was different from seeing him walk in the door at nine-thirty or ten o'clock after a church event.

When he worked, I would stay up as late as I could, then go to bed hoping to fall asleep. But sleep eluded me. It was nice to have a streetlight outside, but still I was very uneasy alone.

Psalm 23 was a favorite chapter in the Bible, but I didn't feel it was exactly what I needed. I wondered if I could find a scripture that applied specifically to sleep.

I Found a "Keeper!
My Bible's small concordance did not list many scriptures, but I found exactly what I needed in Psalm 4:8 (KJV): "I will both lay me down in peace, and sleep: for Thou, LORD, only makest me dwell in safety." Later I found it just as comforting in more modern translations.

Here was the promise of two things I needed: Peace and Sleep! I wrote the verse down and started to memorize it. Every night as I went to bed, I would quote this scripture and turn my fears over to God.

I believed He would keep His word. My faith was based on an ancient scripture that says God will not let His word "return empty." He will make sure it achieves its intended purpose (Isaiah 55:11).

Over the years, there have been other times and places I have needed to quote that scripture to get a good night's rest. I'm happy to report that I have shared this verse many times, and I'm not the only one who has applied it by faith and found it true.

Things I Learned in the Valley (Part 2)

I acknowledged the reality of my diagnosis and treatments. I realized I was not in control of any of them. The only things I could control were my thoughts, will and daily choices. I found that I could not think both negative and positive thoughts at the same time, so I chose positive. Proverbs 17:22 talks about a cheerful heart being like good medicine, so I was always on the lookout for good humor. I also began a new bedtime routine. Before going to sleep I would thank God for ten positive things that had happened that day, no matter how small. The simple, but calming, idea came from Psalm 100:4-5. 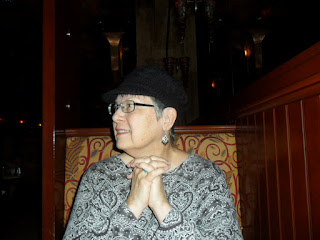 I prayed over each appointment, test and treatment. A friend sent a postcard of a painting by Nathan Greene called The Difficult Case. I found it so inspirational that I framed it and still have it in my office. It shows a doctor at his desk with books and papers in front of him. Christ is by his side with one hand on his shoulder, and the other hand pointing things out for the doctor's consideration. This painting and the scripture in 1 Peter 5:7 inspired me to pray: May whoever has anything to do with my case today see, speak and do only God's will for me. Jesus, You are my Great Physician and all my doctors and medical personnel are Your servants for my good. Amen.


I learned that God did not give me a free pass spiritually just because I was ill. He taught me things about His Word and about myself that I would never have learned otherwise. For example, The Lord's Prayer became even more meaningful as I prayed it thoughtfully most every morning (Matthew 6:9-13; 1 Chronicles 29:11-12). If I felt any check in my spirit, I took the Psalmist David's advice and asked God to show me what needed to be cleared up in my understanding, or cleaned out of my heart (Psalm 139:23-24). 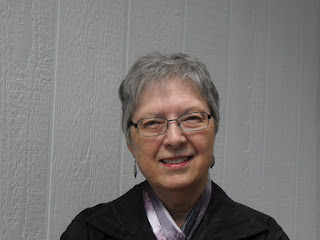 Health may come and go, but spiritual life is eternal. God is real and HOPE in Him moves us forward from temporal to spiritual realities. It's great to hear, see, feel, taste and touch our world, but there's more. 2 Corinthians 4:16-18 explains this quite well. Even the smallest faith seed, once planted, can grow and provide HOPE from day to day (Matthew 17:20).

Medical professionals say each cancer case is different, though the type may be the same. My treatment was an individualized plan. If doctors can do such a great job individually, God can, too. I'm sharing what I learned so that you might be encouraged on your own personal journey (Romans 1:12). Should you choose to put your faith in God and His Word, it will not be in vain. Psalm 100:5 says three three things about God: 1) He is good, 2) His love endures forever, and 3) His faithfulness continues throughout all generations. That's why I have HOPE! And so can you.
Posted by Darlis J. Sailors at 2:00 AM No comments:

THINGS I LEARNED IN THE VALLEY of the Shadow of Death

THINGS I LEARNED IN THE VALLEYof the Shadow of Death

I never thought I'd get a cancer diagnosis. Everyone in my family seemed to have heart trouble. But I'll never forget listening to a surgeon give me the biopsy report: Cancer! One little word . . . but a major life-changer. My initial reaction was shock, then tears. But time was crucial and I needed to move quickly.

My journey into the Valley began in 2007. I was diagnosed with Stage Three Breast Cancer, along with Inflammatory Breast Cancer (IBC). Due to an insurance mix up I was not able to get treated immediately, so from the start I learned to trust God. Psalm 23 took on personal meaning. The Lord was my Shepherd and still is. Until 2016, I had labs, diagnostic mammograms and ultrasounds every six months, and more PET scans than I ever wanted to endure. Since then I have graduated to yearly mammograms. I'm still asking God for good reports (Matthew 7:7).

Treatments began with chemo, then surgery, followed by radiation. A friend once told me she was mad at God. When I asked why, she said, "Because He gave you cancer." I said, "I don't believe that. It's just part of the human condition in a fallen world." My diagnosis was challenging because I had always been in good health. The labs, treatments and appointments seemed endless and were very tiring. But I found comfort in God's invitation to come to Him for rest (Matthew 11:28-30). In my months of chemo and radiation, physical rest was needed, but I found rest for my soul, too.

I experienced hope on a daily basis. I made it a point to read scripture. Some days I had energy for short Bible studies. Other days I simply read a chapter or two in Psalms and jotted down notes about verses that stood out to me. Sometimes I dated scriptures in my Bible that seemed particularly important to remember. Isaiah 55:9-11 says that God's Word will never return to Him empty. It will accomplish what He desires. For that reason, my hope in God and His Word was not in vain.

At times I was isolated, but I was never alone. I lived in Yuma, Arizona but due to insurance, all of my treatments were in Phoenix. God was way ahead of me on that one. My husband and I had purchased a small co-op a couple of years earlier as a vacation place. Though I was alone, I always felt safe. When I had to wear a face mask or avoid people due to my low white blood cell count, I always felt that God was near. He kept His word NEVER to leave me or forsake me (Hebrews 13:5b-6).

(Watch for Part Two next week)
Posted by Darlis J. Sailors at 2:00 AM No comments: 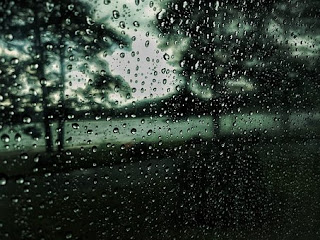 "More rain! We haven't had a summer like this for a while." I stared out my kitchen window. Raindrops were bouncing up from the pavement as if they were ping pong balls while water flowed furiously down the street.

Most of my life has been lived in areas with limited amounts of rain. Washington state was the first place I remember as having such hard rain that my windshield wipers couldn't keep up. But the rains I have seen this summer in northern Arizona run a close second.

It's monsoon season. I've learned that the day can start out sunny and calm, but by afternoon or early evening dark clouds will gather, thunder will rumble and lightening flash.  We live on a mountain and sometimes all this seems a little too close, too bright and too loud. 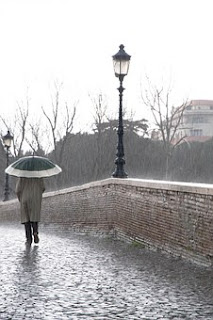 When I was a child in the Midwest, I liked to play in the rain. Gentle rains created happy memories. But here I have learned to expect cloudbursts. I try to carry an umbrella with me, but I've learned to be patient with the rain. Cloudbursts explode and drench things in water quickly, then move on. I rarely use an umbrella.

The term "gully washers" has come to life as I see hillsides full of small crevices where water has washed the dirt downhill. Many of our streets have dirt compacted at the bottom of the hill. Street crews try to clear it away, but with daily rains, it's hard to keep up.

Before the monsoons came, we had a major fire in the area that burned for a couple of weeks and destroyed thousands of acres. Rain would have been welcome then, but rain should be welcome anytime. Whenever I think I wish this rainy season would end, I remind myself that many areas would love to deal with the rain I'm wishing away.

Schools don't wait long to teach children about the rain cycle. What amazes me is that it is mentioned in the Book of Job, an ancient work. One of Job's comforters, Elihu, talks about the wonders of nature that show God's power and majesty.

Check out Job 36:27-30 in the Bible of your choice, but The Message shares an interesting word picture: "He pulls water up out of the sea, distills it, and fills up his rain-cloud cisterns. Then the skies open up and pour out soaking showers on everyone."

I can't imagine what it must have been like for Noah and his family to endure rain for forty days and forty nights (Genesis 7:12). It makes my afternoon monsoons seem quite puny. But whether it's gentle rain drops or powerful gully washers, moisture is important to the earth and has its place in the four seasons.

Science can explain a lot, but no man is in charge of the rain cycle. In the next big storm, I need to remember to act on Elihu's practical advice to "stop and consider God's wonders" (Job 37:14).
Posted by Darlis J. Sailors at 12:00 AM No comments: